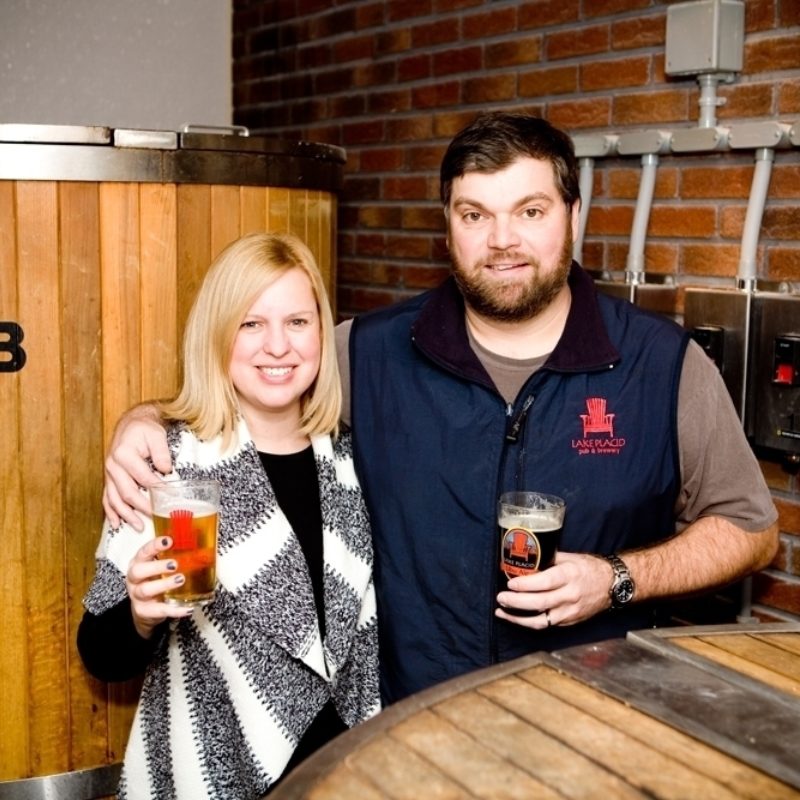 Christopher Ericson has owned and operated The Lake Placid Pub & Brewery since he founded the company in 1996 at the age of 24. He graduated from Williams College with degrees in History and Psychology in 1993 then decided to pursue microbrewing in his native Maine at Kennebunkport / Shipyard Brewing Company. He then was hired as Head Brewer at The Shed Restaurant & Brewery in Stowe, Vermont, where he worked for a year and a half. During that time, Christopher and a friend from Williams wrote a business plan and their search for a location led them to Lake Placid. In 2000, Chris & Catherine married, and Catherine began working as a crucial part of the ownership structure. Chris’s beers have received dozens of awards in both international and national competitions. He currently sits on the Executive Committee of the New York State Craft Brewers Association, elected as President in November 2018, and is one of the co-founders of the group. He is a member of the national trade group, the Brewers Association, and sits on the BA's national committee for Brewpubs. He is a member of the Lake Placid / Essex County Regional Office of Sustained Tourism, and served on the Board of Directors, including two years as Chairman. He was the Chairman of the Branding Project for Lake Placid, a three year endeavor. He currently sits on the Education Council and the Finance Council for St. Agnes Primary School in Lake Placid. Prior to moving to Lake Placid, he was a Charter Officer in the Vermont Brewers Association. 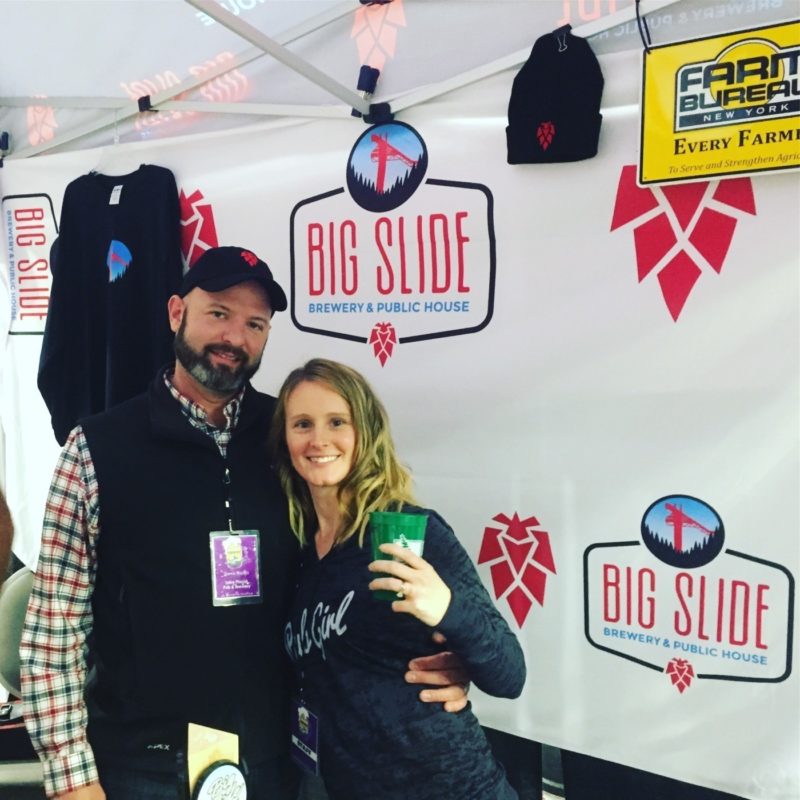 Stephen has been working at the Pub since 2002 and was promoted to General Manager in 2005, then to Chief Operating Officer in 2016.  Stephen married his wife Katrina in the fall of 2014 and enjoy being the parents of an 'Ubu-lookalike' chocolate lab named Cabot.  He enjoys overseeing all aspects of the business and takes special pride in being able to fix almost any machine at the Pub.  During the winter months when Stephen is not working, he enjoys cross country skiing in the endless forest that surrounds Lake Placid.  During his free time in the summer, Stephen spends most of his free time out on one of the many rivers and lakes in the Adirondacks in search of big fish. He even catches one every now and then... 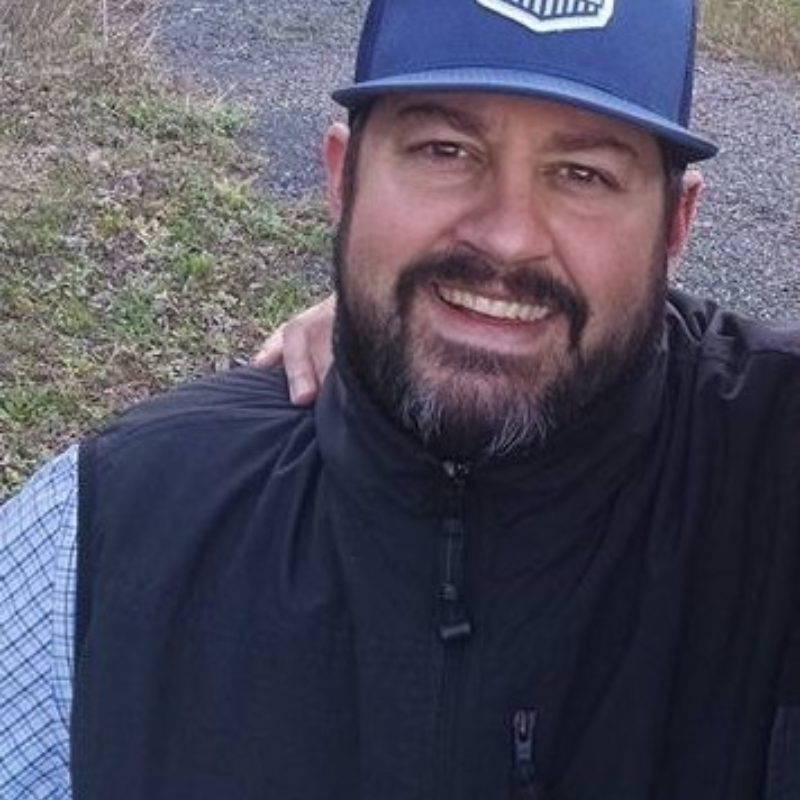 Josh has been part of the pub family since the summer of 2002. Josh moved to Lake Placid in 2001 to teach and coach at The Northwood School, but he was quickly introduced to the Pub by a fellow teacher, and the rest as they say is history. Josh has had the unique honor of working for both the Pub and the Lake Placid Craft Brewing Company. Josh is considered to be the spiritual leader of the Pub family, the Pub guru, and is the creator of Josh’s Fire Fish, one of the Pub’s most popular dishes. Josh graduated from Hamilton College (in 2000) in Clinton, NY., and is the proud father of Sophie who enjoys reading & hanging out with her friends. 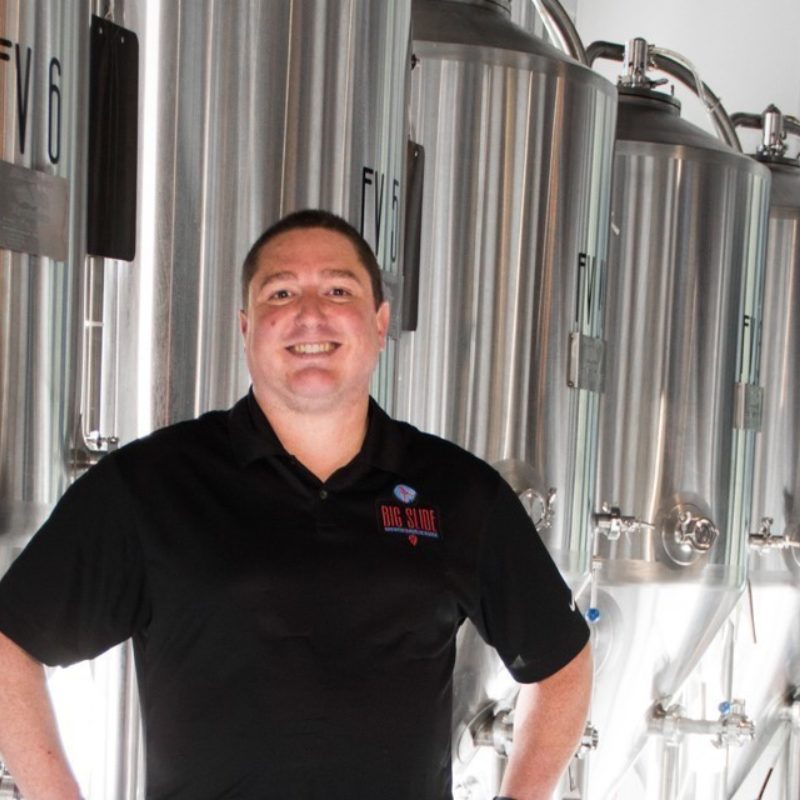 Kevin began his brewing career right out of Paul Smith's College, hired as the first brewer to take over for Owner/Brewmaster, Chris Ericson in the fall of 1999, when the company was only 3 years old. Growing with the company over the years, Kevin has had the pleasure of working with many very talented brewers, and has learned a great deal from each one of them, compiling a wealth of brewing knowledge that continues to grow every day. Currently, as the Director of Brewing Operations for both the Lake Placid Pub & Brewery and Big Slide Brewing Company, he manages all aspects of Production Brewing, including recipe formulation, quality assurance, brewery maintenance, and day to day production. His passion for craft beer and dedication to producing the highest quality beer, drive him to continue researching and learning within the brewing community. In his free time, Kevin enjoys living and playing in the Adirondack Wilderness, including hiking, camping, paddling, biking, and swimming. Kevin is a six time finisher of the Lake Placid Ironman Triathlon, an Adirondack 46er, and is currently on a lifelong quest of running a marathon in all 50 states, while stopping for a delicious local beer along the way. Cheers! 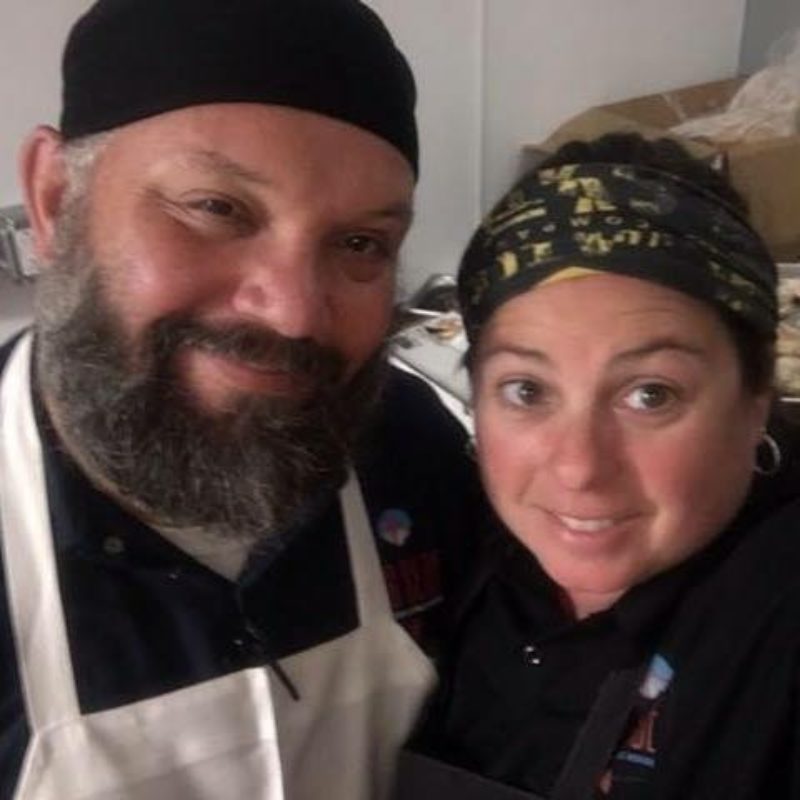 Born in Oswego, New York, Greg moved to Lake Placid in the late 1900's, drawn by the mountains. On his first day of work in Lake Placid, he met the sweet girl who was to become his wife, Meredith. Soon he met our Head Brewer Kevin, and found a shared love of the outdoors with both eventually climbing all 46 of the state's highest peaks. He worked in the original Lake Placid Pub and Brewery kitchen way back in the olden days, and now serves as Executive Chef of both The Pub and Big Slide Brewery & Public House. A veteran Chef, with over 28 years of experience behind the stove in some of the area's best restaurants, he has come full circle. Embracing our Farm To Table mission, he is continually developing relationships with local farmers to improve our guest's experience. These days when not working, he can be found spending time with Meredith, riding mountain bikes, hiking, skiing, canoeing or working on his home in the middle of the woods. 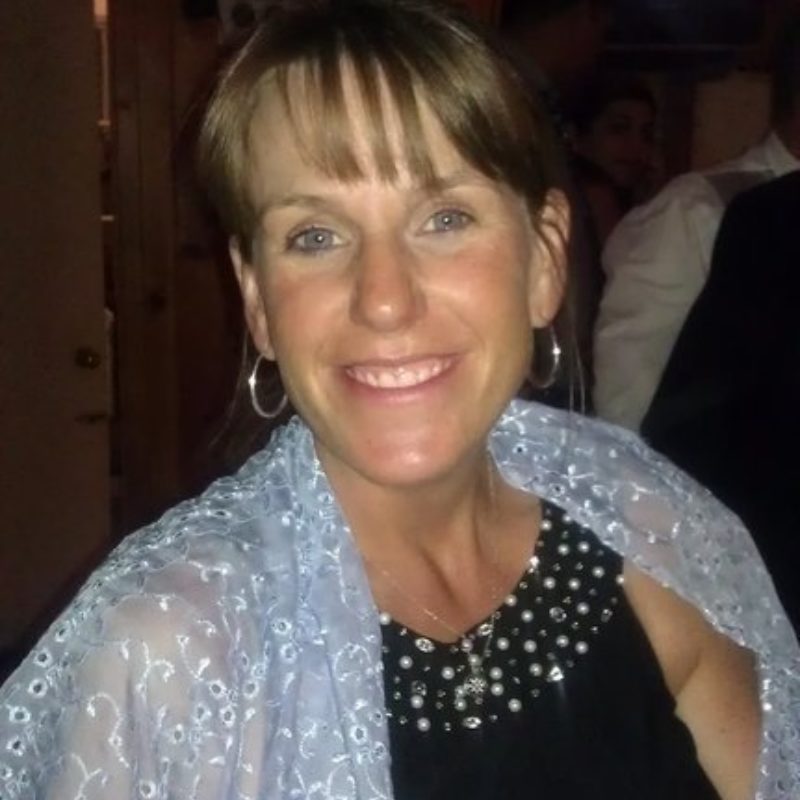 Jackie has been working at the Pub since 2004 and became part of the management team in 2006. Jackie is the proud mother of 2 young girls, Emma and Madelyn. When not at the Pub she also teaches skating for the Learn to Skate program for the Skating Club of Lake Placid. In her spare time, she enjoys running and chauffeuring the girls to their many different sports. 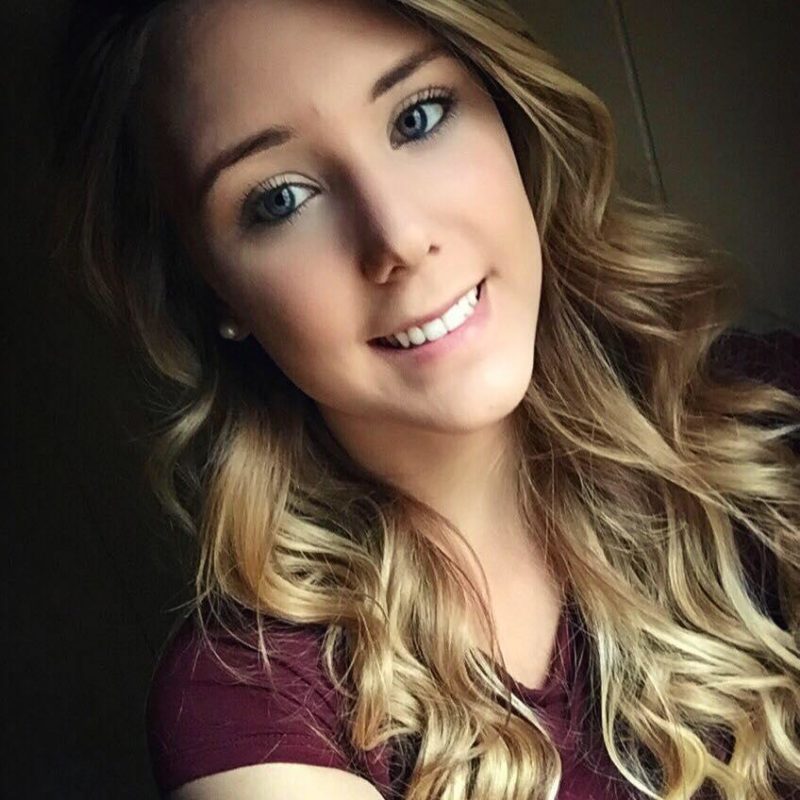 Brianna is originally from East Rochester, NY and moved to the Adirondacks in 2000. She graduated Saranac Lake High School in 2014 and is currently attending North Country Community College to pursue a degree in Business Administration. She has been a part of the Pub team since August of 2013 where she first started as a hostess.  Since then, she has advanced to a server and is now a part of the management team.  They say you should find a career where you never feel like you’re actually working because you enjoy what you’re doing that much. Brianna feels that’s exactly what she has found at the Pub because everyone here treats each other like family. In her free time, Brianna enjoys camping, snowmobiling, fishing, and hiking with her dog, Oakley, in the beautiful place we call home. 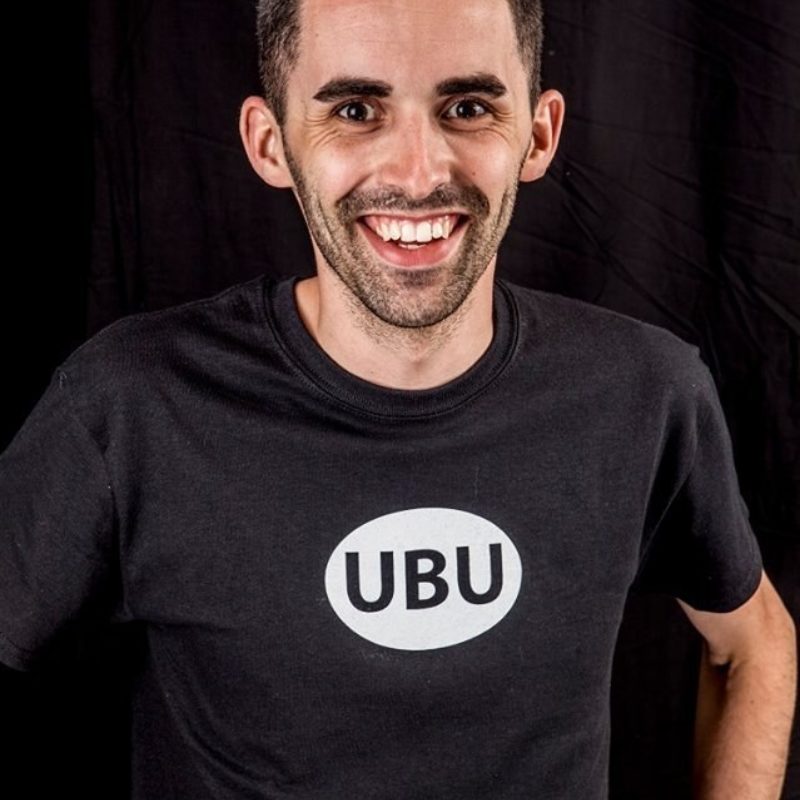 Joe can be found behind the bar, hosting one of our private events, or managing on the floor. He's been at the pub for over 7 years and brings energy and fun to every shift. Joe got engaged in August to his love Joell Stetson and they have set the date for next October 2021! You can find Joe on Sunday's with the rest of the New England Patriots crew rooting on the boys. Go Pats. 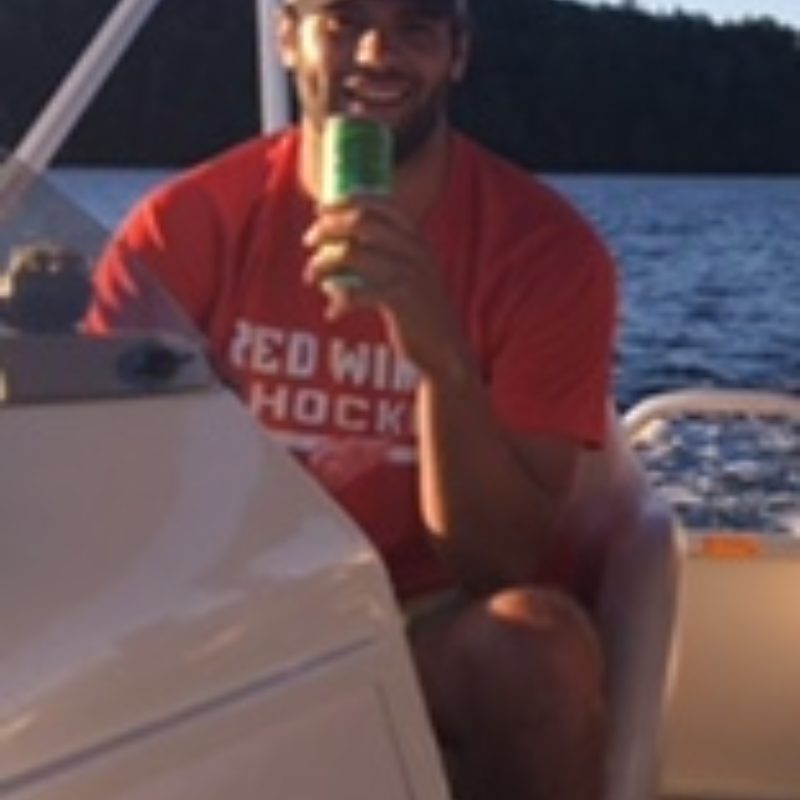 Evan was born & raised here in Lake Placid, a graduate of Lake Placid High School in 2010. He's been working here at the pub since 2013. Evan plays hockey in the winter and golfs & likes long walks around Mirror Lake in the summer. Evan has made his way up the pub ladder from busser/host to waiter/bartender and now he has joined the management team.  Sole winner of the prestigious Jesse Miles Broadfoot award. 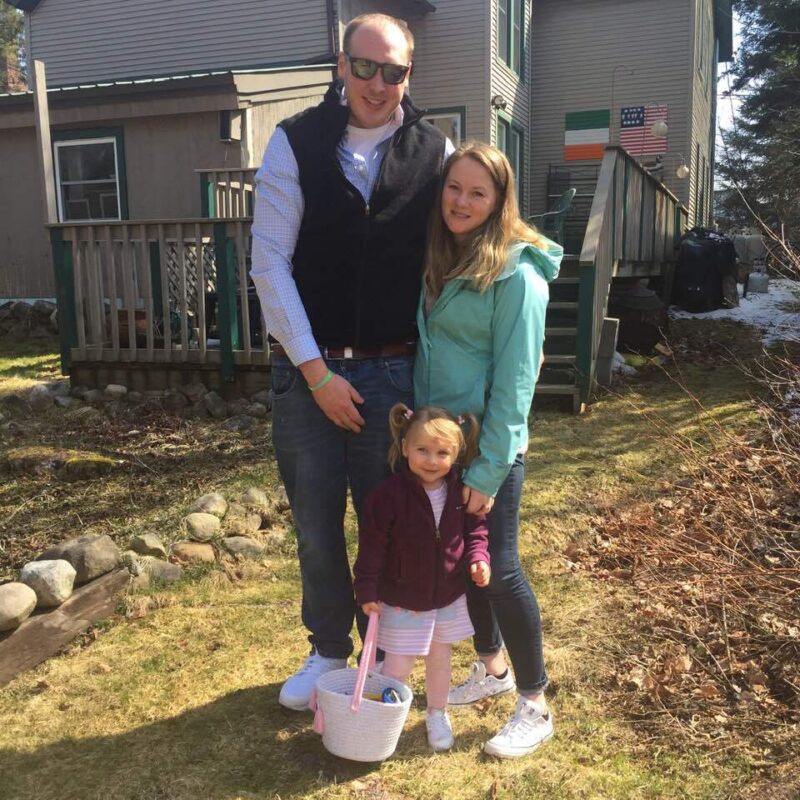 Travis has been on the squad for over three years now and was promoted to the management team in May of 2019. Travis' pride and joy are his little girl Maddie with the big blue eyes and his fiancé Maya! Travis brings years of experience from back of house to front of house and enjoys time with the family, basketball, & the New York Giants (everyone has to have at least one flaw)! 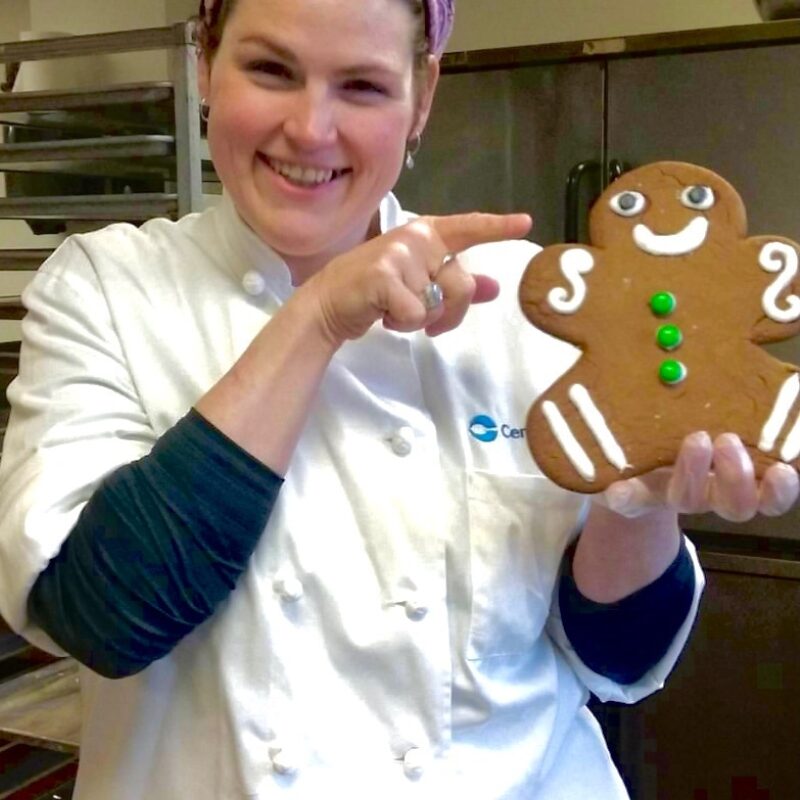 Jesse joins our team with over 15 years of experience in the field of Baking & Culinary Arts. A graduate of the Paul Smith’s College Baking Program, Jesse has worked throughout the industry, from fine dining establishments & large banquet facilities to children’s camps and off premise catering. In her free time, she enjoys photography, cake decorating, gardening, going on adventurous hikes with her dog Phin and cat Darth Kittivs, spending time with her cats, chickens, turkeys, ducks and, of course, Gingie, her giant Gingerbread Cookie Friend!